The Energy of Transformation, the Power of Story

I remember Jan Phillips telling this powerful story at one of our Great Mystery Prophets Conferences many years ago and it has informed my conversations every since. It is my pleasure to share it with you here and may it inspire you to dive deeper into your own healing stories.
Love, Robin Johnson

I once started out in my Honda Civic on a cross-country trip through the small towns of America. I was a young photo-journalist, intent on interviewing ordinary people about their social and spiritual values.

I left from upstate New York and headed south, excited and afraid at the same time. I drove right through Pennsylvania, lacking the courage to talk to anyone. My great idea didn’t feel so great anymore. I had a yellow legal pad on the passenger seat and kept adding questions I wanted to ask people, and while my list grew longer, I grew shorter on confidence by the day. I drove through three more states without asking anyone anything. 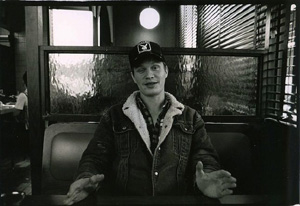 Finally, I drove into a Waffle House parking lot in Virginia and pumped myself up. I would walk into the restaurant and look around. If someone made eye contact with me, I’d ask if I could interview them. I took along a copy of my book, Making Peace: One Woman’s Journey Around the World, for the sake of credibility, and of, course, my yellow legal pad with all the questions.

One man in the back caught my eye when I came through the door. He was wearing a denim jacket and a Playboy baseball cap. He was the only one in the place making eye contact with me. So I approached him, said what I was doing, showed him my book, and asked if he had a few minutes. “Yes,” he said, so I sat down. When I pulled out my pad of questions and focused in on the first one, I looked right into his eyes and asked, “Where did you get your values?”

He stared right back at me with a deep, vacuous look, and after several long moments, said, with a very southern, two-syllable drawl, “Wha-ut? “

I panicked for a second, and then heard a little voice in my own head whisper “Go first.” Realizing I could be helpful by giving an example, I went first and told the story of how my mother always told me, when I passed a person on the street, to look that person right in the eyes, give them a big smile, and say “Hi,” as friendly as I could. I told him it was difficult at first, since I was young and pretty shy, but then it got easier and now I do it all the time, because it’s just part of me. “So being friendly is one of my values,” I said. “And I got it from my Mom.”

He kept nodding his head and chewing on his toothpick, until he finally asked, “Is it like this? When I was little and my daddy used to whup me when he’d get a drinkin’, I’d go out on the back porch wantin’ to cry and my Grandaddy would be there. He’d look at me and say, ‘Son, looks like you’ve got some big feelings goin’ on. Why don’t you get yourself a pad of paper and go down under that oak tree and write yourself some poems. That’ll help you with them big feelings.’ So I did, I wrote a lot of poems. I still do, when I need to work out my feelings. Wanna hear one?”

He recited a poem by heart, and then wrote it down in my journal. And we sat in that plastic booth for another hour and a half while he told stories he had never told to another person-about his own anger, his big dreams, his pickup truck and double-wide, his drinking problem, his fear of being in love and messing it up like his dad. And every story he told me illuminated my own darkness, taught me something I never knew, and opened my heart to bigger love and deeper courage. He found parts of himself that had been long lost, simply because I was there to hear and receive them. And the same was true for me. When we left that restaurant, we were two different people from the ones who had walked in, alone and afraid.

What I learned that day was the importance of “going first.” I didn’t know, all those years ago, that the word leadership comes from an Old English word meaning “go first.” It came like a whisper from the Muse, a nudging that caused me to open and share in such a way that the other person knew it was safe for him as well. My story was a gift to him. It was a tale of the passing on of values, wrapped in a few paragraphs, a little history, and some visual images. And yet, it was powerful enough to evoke his own history, his own creative wisdom, and the courage to speak of his fear and dark nights. And from that intimacy and vulnerability grew a new story, a universal story, the story of Going First.

I now know, from that one experience, that I can be the cause of a profound conversation, if I dare to go first, if I share something personal and meaningful, if I ask of another a question that matters, and listen like our lives depend on the answer. Since I value such conversations, and rely on them for my joy and sanity, I’ve been practicing this for many years now, learning more from others’ lives than I could from any book. And it’s because of that energy exchange, that vitality that rises up when two people open the pages of their hearts, share their wonderings, find their commonness.

That is the energy of transformation, the power of story. It whisks us away from our sense of aloneness, draws back the veil between one and another, and rustles up, like a gentle wind, newfound feelings and age-old knowing. 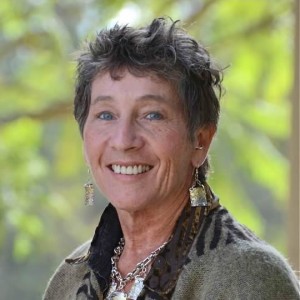 Jan Phillips is a visionary thought leader, award-winning author and dynamic speaker. She is co-founder and executive director of the Livingkindness Foundation.

Her own quest has led her into and out of a religious community, across the U.S. on a Honda motorcycle, and around the world on a one-woman peace pilgrimage. Blending east and west, art and activism, reflection and ritual, Jan’s presentations, retreats and workshops are transformative, uplifting and soul-stirring.